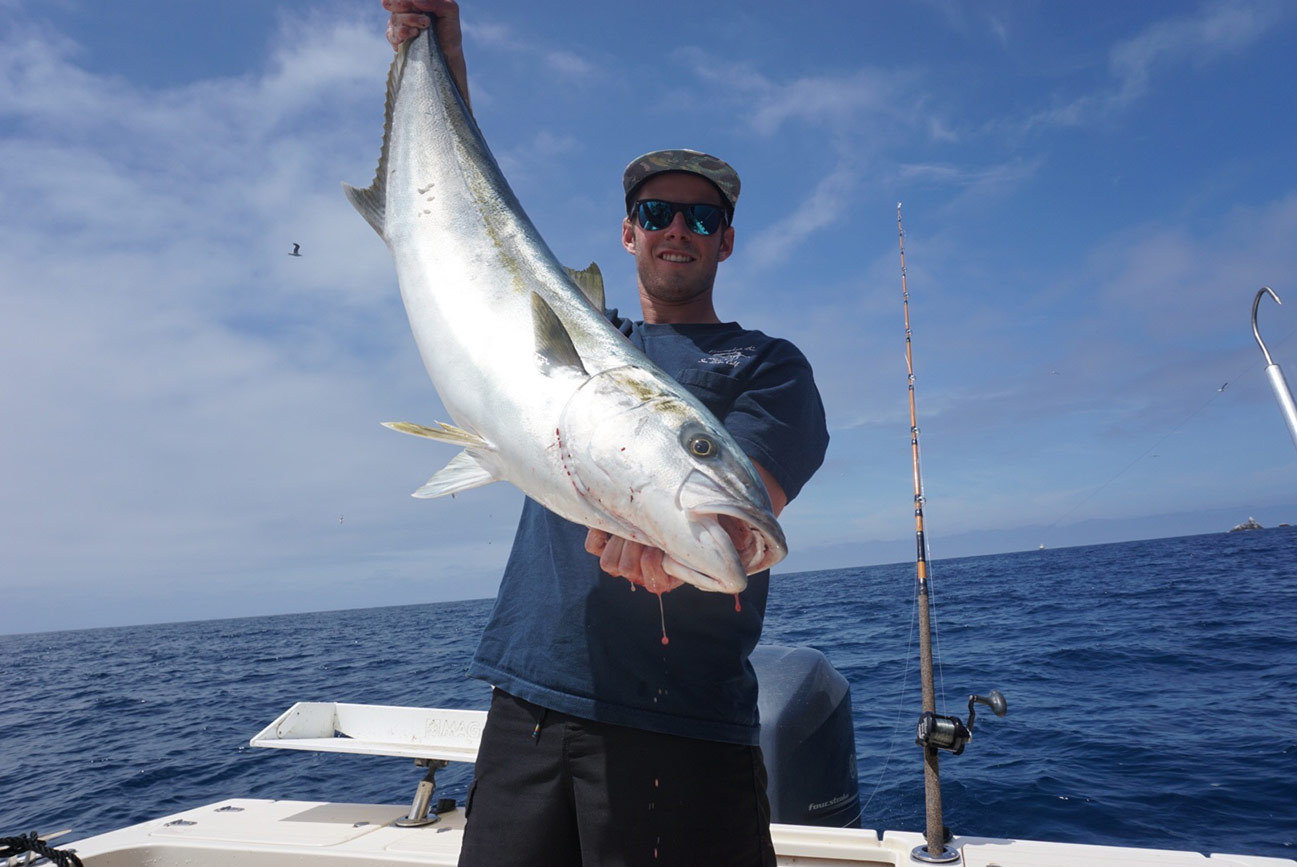 Yellowtail fishing’s been good at the local islands with a few still popping up near shore on our half-day private charters. There’s been days where it can be challenging to locate them but once found, they are very rewarding. They’ve been bigger fish, coming in up to 35lbs. They’ve mostly been eating live sardine but are also chasing our Yo Yo Irons.

Fresh lobster! Lobster fishing’s been fantastic! One of the best ways to spend a weekend is at the Island fishing in the day, and hunting Lobster at night! The California Spiny Lobster is some of the best eating seafood in the world. It’s nearly $30/lb in local markets. It’s fetching such a heavy bounty overseas that it’s nearly never seen in local restaurants. Lobsters are nocturnal and don’t get active until the sun goes down, so we fish for lobster at night, starting around dark and ending around midnight.